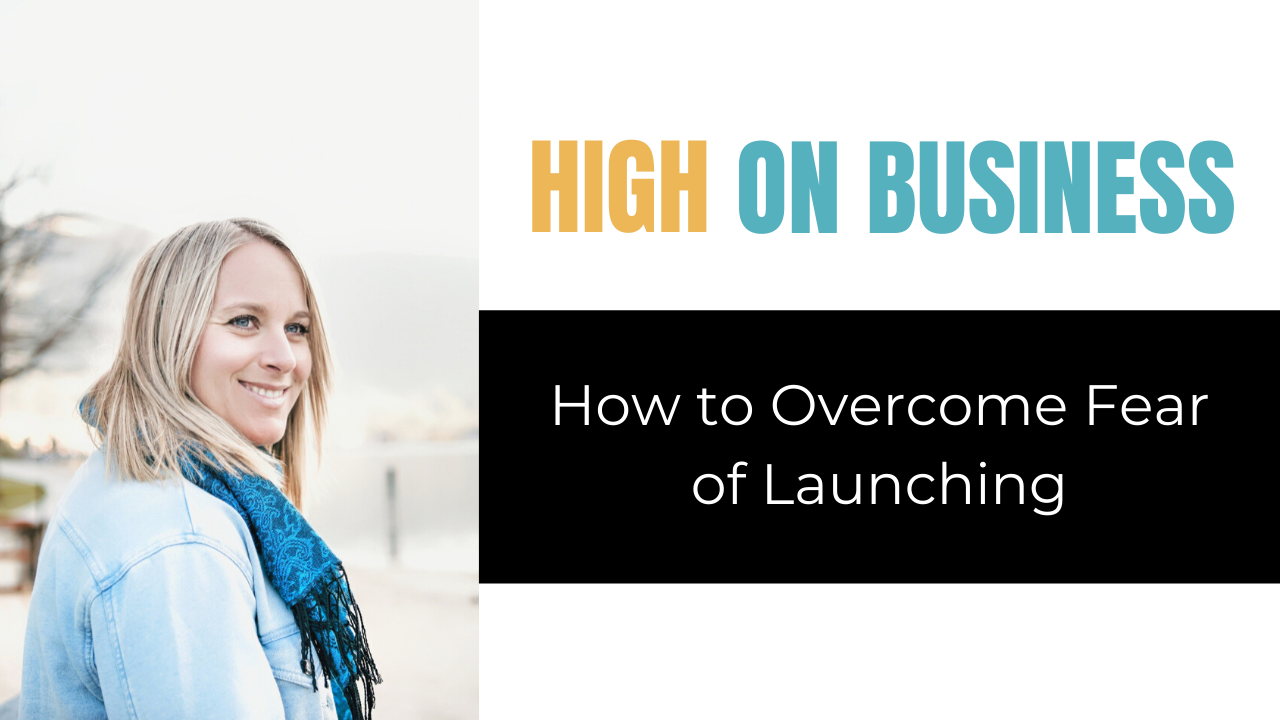 How to Overcome Fear of Launching

I've probably launched over 15 times in the past five years and I still get scared every time. EVERY TIME. The reason why launching is scary is because it forces you to be vulnerable. You're putting yourself out there and that's a scary thing! It will always be scary to some degree, no matter how long we do this for.

But something to consider about fear is that it's normal. We all experience it to some degree. So what is the cure to fear? It's taking action on the thing that makes you scared. Probably not what you want to hear but we are always going to be scared of things that we are unfamiliar with.

Anytime we do something new that we are unfamiliar with or feel like we're not good at, it's scary! So just know that this fear you’re feeling around launching or putting something new out into the world is normal.

I really encourage you to sit in this fear that you’re feeling and just be okay with it. The reason why I've been able to be successful in business is because of courage. I've had a ton of courage and you need to have courage too. But courage isn't just something that we born with. You have to do courageous things and build it. You need to learn to flex your courage muscle so that when you do things that are outside of your comfort zone, you can just do them.

I still feel scared when I'm launching a new course, program or service. I’m just about to launch my first live, paid workshop. I've done a ton of webinars, but this is a legit workshop. I'm not even doing it as a money maker, it’s more of an audience builder and to test something out and I feel scared about it! I’m scared putting it out into the world - What if people don't want it? What if nobody buys it? This is why not everyone is an entrepreneur because you have to get comfortable with the fear.

So when you are thinking about launching and you're thinking about how scary that is, I want you to reframe your mindset a little bit and remember that everything in online business is a test. There's no secret sauce to being successful in your own business. Because what works for me may not necessarily work for you.

There's a lot that goes into a launch. Every single launch I've had, something has gone wrong. For example my last launch of the HTMA Expert Program had issues with the coupon code. There's always been something, I've never had a launch where the onboard was perfect or things went smoothly. There's so many moving parts, but you’ll be able to figure it out and you will be able to turn it around. So instead of focusing on the money or the enrollments, just focus on if you can help ONE person.

Even if one person buys your program and gets a result, doesn't that make it worth it? Failure is very much a part of the entrepreneurial journey and there's a lot of failures behind me and there will be more failures in my future. Realize that the failure is part of the process, it's a part of the journey and you will be better off for it. Because the lessons you will learn from failures will serve you and they will be the reason why you have an incredibly successful launch.

The real success of a first launch is just doing it. So instead of putting all this pressure on yourself to make a sale, just launch it without any pressure and once you do, consider that a huge win. Anything else that comes after that – enrolments, clients, money – those are bonuses.

On May 12, I'm going to be hosting a free webinar where I'm going to be teaching you all about my five step process to help you launch your dream group program. Sign up here