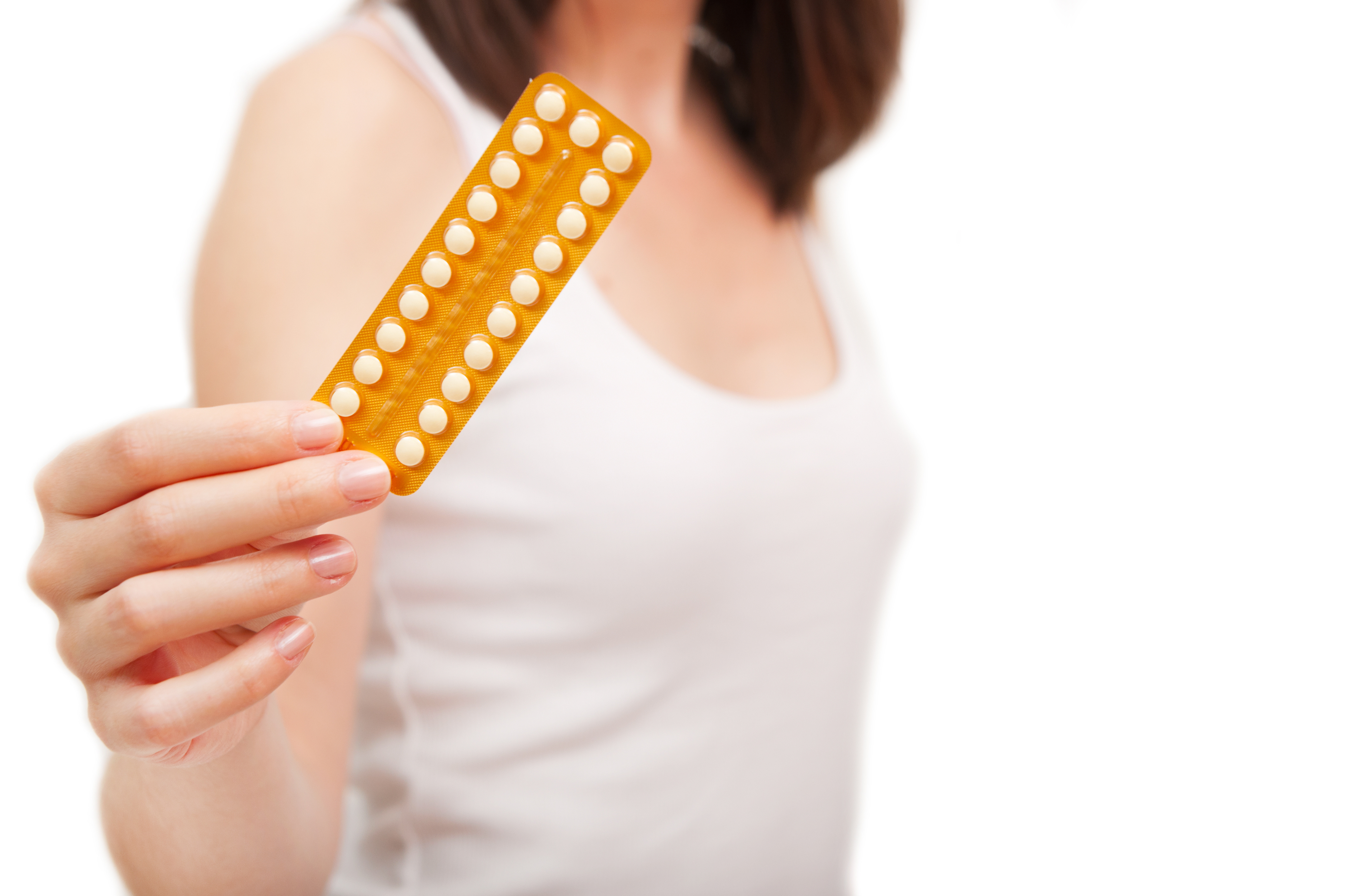 The Downside of Hormonal Birth Control

In the United States, 12 million women are using the pill as their main form of pregnancy prevention.

While OC can be an excellent way to prevent becoming pregnant (up to 99.9% effective when used correctly), many women are using the pill for other reasons than preventing pregnancy.

According to a 2011 study by the Guttmacher Institute, based on US government data from the National Survey of Family Growth, 58% of women using the pill are using it for reasons other than birth control.

The problem is that OC does not actually cure any of these problems. The pill simply manipulates hormone levels so that the user no longer experiences the symptom. This means the root cause of the hormonal issue continues despite oral contraceptive use.

So while you go about your life, symptom free, your underlying issue continues and gets worse without your knowledge.

The majority of women do not want to be on the pill long term. Most women, at some point, decide to become pregnant and go off the pill. Many women will find that it’s not as easy as they thought to become pregnant. This is because the hormonal issues they originally attempted to “cure” by using the pill, have now been going on for a long time (maybe over a decade or more for some women) and have never been addressed.

The longer these problem has been going on for, the more difficult it is to deal with. Unfortunately, many women who go off OC in their 30’s hoping to become pregnant find themselves struggling to conceive against the ticking internal clock.

How Does the Pill Work?

A women’s cycle is ruled by the falling and rising of progesterone and estrogen. The first day of your period is day one of your cycle. This is called the Follicular Phase. It lasts until ovulation starts. The length of this phase will be different for every women. In a 28 day cycle, this will last from day 1-14.

The menstrual cycle is characterized by the shedding of the uterine wall. It’s usually lasts 3-7 days. During this phase, the pituitary gland secretes the Follicle Stimulating Hormone (FSH) which causes the follicle to ripen an egg. Estrogen is at its highest during this time.

At ovulation, the egg is released. As the level of estrogen rises in the body, it will eventually cause the release of the Luteinizing Hormone (LH). LH causes the follicle to rupture and releases the egg down the Fallopian tube.

The egg eventually becomes the corpus luteum which results in a huge release of progesterone. The progesterone maintains the lining of the uterus and prepares for implantation. This phase is call the Luteal phase. Estrogen and progesterone are strongest at this time.

If fertilization does not occur than the corpus luteum degrades and breaks down. Progesterone and estrogen begin to decrease. Decreasing hormone levels mean that the lining of the uterus cannot be maintained. When the two hormones are at their lowest, the lining begins to shed which marks the beginning of a women’s period.

When a women takes OC, estrogen and/or progesterone levels are kept high which “tricks” her body into thinking she’s pregnant. This mean that pregnancy cannot occur because ovulation will not occur.

Some pills work differently. Some pills prevent ovulation all together while others prevent implantation of the egg into the uterine wall or make the cervical mucus so thick that a sperm cannot make it through.

What are the Risks of Taking Oral Contraceptives Long Term?

The problem is that the pill has many side effects that are not discussed with women upon prescription. I can attest to this. I began taking the pill when I was 16 years old. I was not having sex at that point. But I was thinking about it and my doctor encouraged me to go on it “just in case.”

The result was me taking OC for a year and a half for absolutely no reason. I had no idea that what I was doing was affecting my health. Other than an increased risk of clots, no other risk was discussed with me.

Taking the pill for contraception is an individual choice. But I believe that in order to make an well informed choice, a woman needs to have all the proper information in their hands.

Here is a list of side effects your doctor may not have told you about.

In order for the liver to metabolize birth control pills properly, it needs extra amounts of nutrients including B-complex vitamins, vitamin C, magnesium and zinc.With this increased need, a women is susceptible to becoming deficient in these important nutrients. Nutritional deficiencies can lead to weight gain, fluid retention, mood changes, depression and heart disease.

This  study showed the decrease in 6 nutrients including riboflavin, pyridoxine, folacin, vitamin B12, ascorbic acid and zinc, in women who were using oral contraception. B-vitamins, for example are critical for every energy reaction in your body. A deficiency in B vitamins can cause a wide range of issues including anemia, chronic fatigue, acne, depression and fatigue

Zinc, on the other hand, controls many of the reactions of the immune system. This means that a zinc deficiency can cause immune system dysfunction leading to excess inflammation.

Magnesium is important for over 300 different enzymatic reactions in the body. For example, magnesium is a precursor for your happy hormone, serotonin. It also aids in the digestion of fats, proteins and carbohydrates. Without enough magnesium you are susceptible to depression, insomnia, anxiety and panic attacks.

As humans, we have 10 times as many bacterial cells in our body than we do actual human cells. Cutting edge research has found that the microflora in our body is important not only for digestion but for brain health, immune health and hormone balance.

The pill devastates gut microflora. Studies have shown that women who take long term OC have altered gut flora. According to digestive health expert Dr. Natasha Campbell-McBride, “The effect of contraceptive pills on the composition of bacteria in the gut is devastating.  The longer the lady is on the contraceptive pill, the deeper will be the damage on her gut flora.”

Candida Albicans is a yeast that naturally lives in your large intestine. When a woman’s body is healthy, her gut flora colonies keep this opportunistic yeast in check. Once gut flora is impacted by OC, Candida, which can be aggressive if the opportunity arises, can spread from the large intestine to other places in the body.

According to Dr. Joseph Mercola, up to 75% of women will experience Candida overgrowth in their lifetime. Women often experience this as yeast infections. But yeast can affect the body in a number of other ways.

This study and this study link oral contraceptive use to yeast overgrowth.

The World Health Organization has been classifying oral contraceptives as carcinogenic to humans (Group 1) since 2005.

Human and animal studies have shown that a group of genes called the major histocompatibility complex (MHC) can influence odor. In general, females prefer the odor of mates with a dissimilar MHC. This means that naturally, we are meant to be attracted to men that are the least genetically similar to us.

Obviously this is a positive advantage on an evolutionary standpoint. When we choose partners that are the least genetically similar to us, we increase the likelihood or creating healthy, strong offspring.

A study published in the Proceedings of the Royal Society B, however, suggests that women on the pill tend to prefer mates who are more genetically similar to them. Basically the pill makes women choose mates who are more like a brother than a partner.

There are many stories of women who choose a partner while taking OC, get married and then go off OC to become pregnant. Suddenly they find themselves no longer attracted to their husbands.

The vagina is a hormone dependent organ – meaning it needs adequate amounts of hormones to function and grow. Studies have shown that taking the pill for just 2 years has the ability to shrink the size of your clitoris. According to women’s health expert, Dr. Sara Gottfried, taking the pill can shrink your clitoris up to 20%. Um whaaaaat?

Since taking the pill will decrease your free testosterone, which controls sexual function in women, taking the pill can not only result in a shrunken clitoris but has the ability to completely squash your sex drive as well.

Many women take oral contraceptives so they can have sex more freely, but after a couple of years of being on the pill, they may have little desire to have sex anymore.

Taking the pill is not a decision to be taken lightly. It should take some serious thought that involves weighing the pros against the cons. Unfortunately, some doctors readily prescribe the pill to teenage girls, who have little ability make informed decisions.

The pill can be a wonderful thing that allows women to have sex without the fear of becoming pregnant. But truth be told, the freedom of the pill does not come without consequences. I believe that women should know what they are getting themselves into.

Should You Take the Pill?

This is something you will have to decide for yourself. While providing sexual freedom, it does not come without its side effects. And these side effects may have far reaching consequences that can seriously affect your life in the future.

Something to important to remember is that the pill will not fix your hormonal issues. So if you are considering taking OC to reduce nasty symptoms, understand that you are likely only making your symptoms worse in the long term.

If you do decide to take oral contraceptives, take steps to reduce some of the side effects. Supplement with magnesium, zinc, B vitamins and Vitamin C. Take a high quality probiotic, digestive enzymes and increase your consumption of homemade fermented foods.

And if you are considering getting married to your partner while taking OC, go off it for a while to make sure you are making a good choice.

« Previous 1 2
80% OF WOMEN HAVE A HORMONE IMBALANCE. DO YOU? TAKE THE TEST!
Grab your Endless Energy Quick Guide and Reclaim Your Energy!